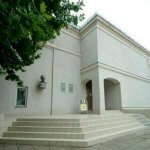 The museum occupies a two-storied building of the late 19th century where the bakery was located. Maxim Gorky came to Kazan in 1884 to enter the Kazan University. After he failed at the exams, he worked as a porter in the port, then as a gardener and a janitor for a general’s wife, as an apprentice baker etc. Later on the writer often described this period of his life in the works. That was the time of Gorky’s spiritual growth, his ideological formation and development. Maxim Gorky wrote: “Physically, I was born in Nizhny Novgorod, but spiritually I was born in Kazan.”

The Literary Memorial Museum of Gorky is one of the cultural centers of the city with long-standing traditions and unique history. The museum is connected with not only the name of the Great Russian writer. The names of M. Gorky and F. Shalyapin – the two symbols of the Russian culture of the twentieth century, the orators of the national ideas, the creators of their own aesthetics in art and literature are represented here in their strong touch.

The funds of the museum also contain three books of the personal library of E. Peshkova: two books written by V.Korolenko “The Blind Musician”, “Essays and Stories”, and “Korean Fairy Tales” by N. Garin. We can see the autograph of E.Peshkova on the Korolenko books: “January 21, 1911. To my dear Maxim. ” On the title page of “Korean fairy tales” also there is an autograph of E.Peshkova.

Besides the main exposition devoted to Gorky and Shalyapin’s activities, the literary cafe “Homeless Dog” is situated here, where the stationary exhibition “The Silver Age” is displayed. After the café was opened, different events connected with the Silver Age were held here, where all the elite literature and arts world of Kazan gathered. Today the collection of Literary Memorial Museum of Gorky consists of more than 60 thousand items.